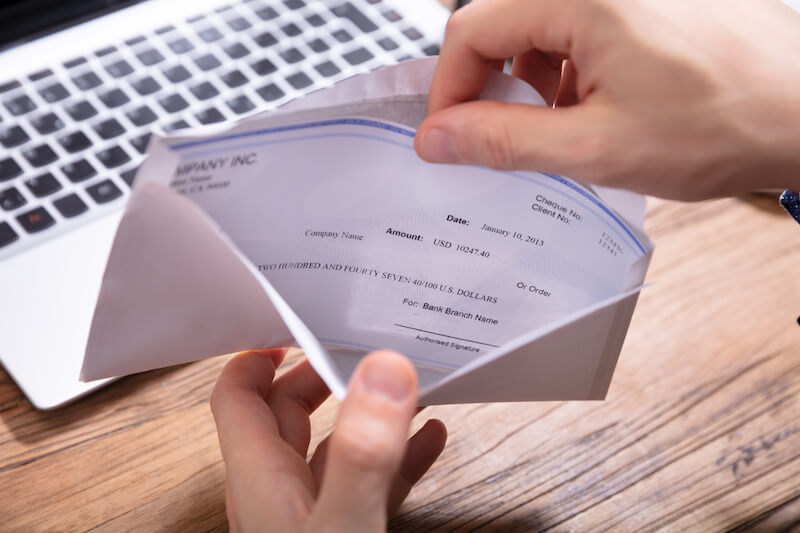 How Much Do Real Estate Agents Make?

Real estate agents make money by transacting real estate. They can do that in a couple of ways. For example, they can work with a property's seller to list their home. That makes them the listing agent. When the home sells, the listing agent is paid a commission, even if they weren't the ones who actively sold the home. Another real estate agent, working with a buyer, could have shown the home to someone who wanted to purchase it. That agent will also be paid commission, as will the brokers the agents work for.

Agents don't receive a paycheck like they would if they had a more traditional form of employment. That means they will only receive money when a property closes and the purchase of it is complete. If they don't complete any property transactions, they don't get a paycheck. Unless they have another form of income or a partner who helps support them, they can struggle with lean times. But they can also be busy and in demand and make a lot of money because they aren't restricted by an hourly rate or a certain number of hours per week that they can work to complete property transactions. 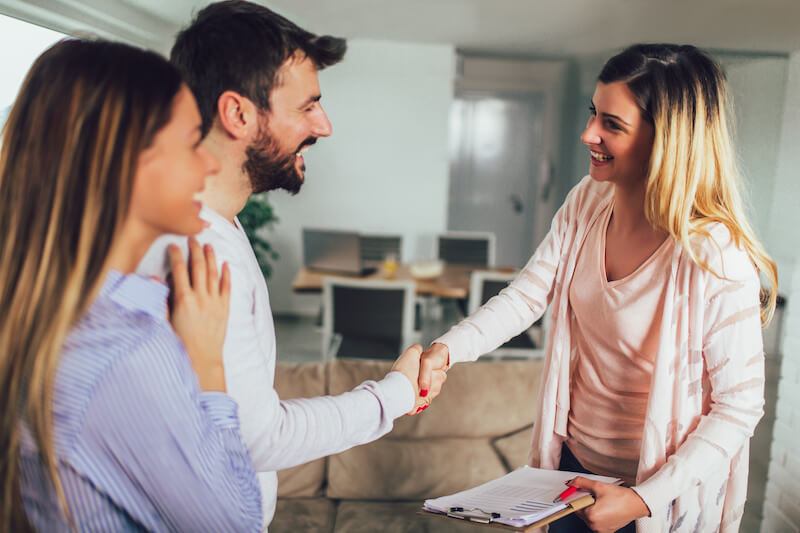 When asking how much real estate agents make, it's worth considering that most agents are paid on commission. The amount of commission on a real estate transaction can vary, but it's generally around 6 or 7% of the total sales price of the property. However, the commission is split between the agents if one was the listing agent and the other was the selling agent. It's also split between the agents and their brokers. Therefore, an agent who lists a property but doesn't sell it won't receive the full amount of the commission on the property.

Instead, they will receive a percentage of it, according to the selling contract and their agreement with their broker. For agents who have many property listings or are selling a lot of properties that other agents list, the amount of commission they bring in can be significant. It all comes down to the number of properties they're involved with and the price that those properties sell for. An agent in a very high-dollar area for properties will need to be involved with fewer transactions to make a good living.

Commissions When the Sale Falls Through

Sometimes, a sale falls through. When it does, and it's through no fault of the agent, there are times when they're still entitled to a commission. If the agent has a good offer from a buyer who's ready and able to purchase, and the seller refuses to sell, the agent may legally be entitled to commission. If the seller commits fraud, a title with uncorrected defects, or the seller can't deliver possession of the property to the buyer in a reasonable time frame, that may also entitle the agent to a commission, even though the sale wasn't completed.

This is exactly what it sounds like. Agents are paid a flat fee for their work in a real estate transaction instead of being paid a percentage of the home's sale price as a commission. Generally, that's done for more unique transactions or for those that are conducted between family members. They may want to have an agent assist with the deal, but it's not quite the same level of work as a typical real estate transaction would involve, so negotiation is possible.

The à la carte option for paying a real estate agent is based on paying the agent for each separate service they perform. Instead of providing them with a percentage of the selling price of the property, they might receive one small payment for preparing paperwork and another one for showing a home to a buyer. While this isn't a typical way to handle a real estate transaction, it works well for some agents and could be something they want to pursue with their broker's approval.

An agent who gets 100% commission receives all the commission for the sale of a property and then pays a fee to their broker. That's more likely to be seen with high-volume, long-term real estate agents who have been with a brokerage for a long time and have more or less earned the right to do that. It requires negotiating with the brokerage owner because it affects how much money the brokerage makes from the real estate agent's sales. Still, there are times when this can be a good arrangement.

What Else Affects an Agent's Income?

Many factors affect the income of a real estate agent. Among those are the prices of homes in the local area, how many buyers and sellers are looking to transact real estate, and how many other agents are working in that area. A potential agent needs to consider all of that before choosing a real estate career. Here are some of the biggest considerations. 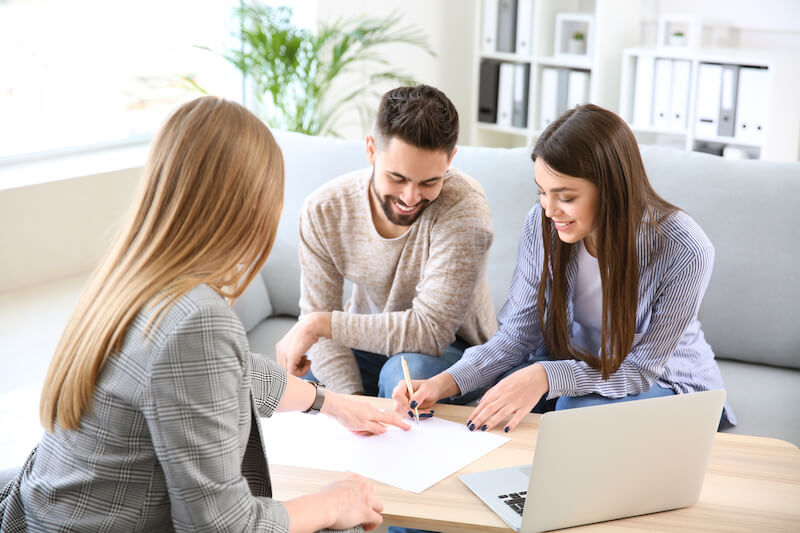 How much do real estate agents make is a fair question. But it's also one that's highly variable. Typically, more established real estate agents will have a higher income than those just starting. That's often because they become known in the community and develop trust with buyers and sellers. They work hard, and they establish themselves.

As an agent does more of that, people start recommending them to friends and family members. That's a great way for agents to create some security in their income stream because a long career in real estate is generally a very successful one, as well. Agents who are years into their career have generally established an income they're comfortable with.

The location of a real estate agent can have a serious effect on their income. That's generally because it's easier to have a high income as a real estate agent when that agent lives in a more expensive area of the country. Buying and selling more expensive homes comes with larger commissions, making it easier to have a better income overall. The agent may also have to pay more for the cost of living in those areas, or they may choose to live just on the outskirts of a higher-end area to keep their own costs down.

That can work very well for some agents and give them a location advantage they can use. They'll be able to receive high commissions because they transact real estate in an expensive area, but they'll live nearby where it's much less costly. This gives them the best of both worlds in many ways.

How the local economy is performing is significant regarding how much a real estate agent makes. When the economy is strong, more people are buying and selling properties. That's good news for a lot of people, but specifically for real estate agents. With a strong local economy, agents find that they can close more transactions. That adds to their level of commission and can keep them moving from one sale to the next.

Ideally, a real estate agent will have many sales moving toward closing at the same time. That keeps a steadier income level coming in, even if the amounts they receive aren't the same each time as they would be with a salaried job. A strong local economy also gives real estate agents a chance to build up a nest egg, so they're more comfortable during lean times and easily get through them. 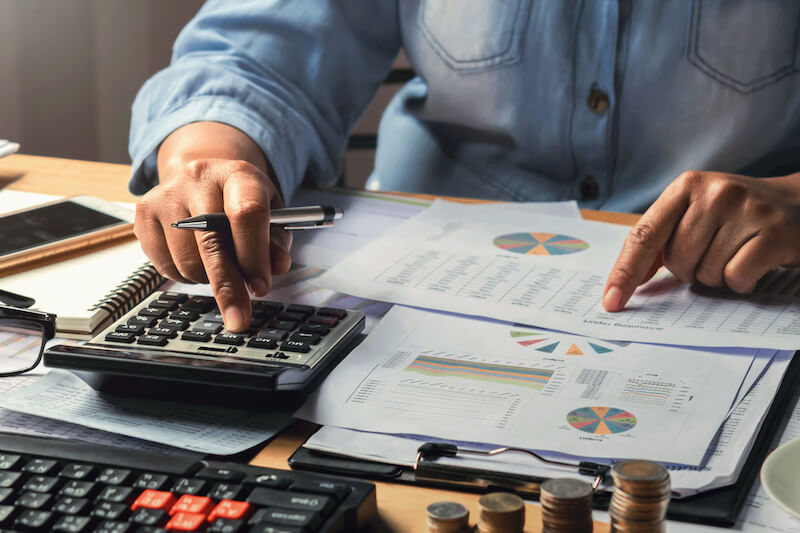 There are expenses of being a real estate agent, which can affect how much the agent makes. For example, being a member of the National Association of REALTORS® comes with dues to be paid regularly. There are also continuing education credits, licensing renewals, business cards, and many other incidentals. Some agents put magnetic signs on their vehicles, have personalized license plates, or dress in a particular fashion. All of those costs add up.

Understanding the expenses agents incur is important, as many potential agents are unaware of the costs they'll have to incur to work in the industry. There's a good living to be made as a real estate agent, but it's not only about the money coming in. When potential agents are clear on their expenses, they can make a better career decision.

The most important thing to remember about real estate income is that it's highly variable. There are good times and rough times for nearly every real estate agent. How much do real estate agents make is a difficult question to answer because the only real answer is, it depends. It's definitely possible to make a good living as a real estate agent. But it's also true that not everyone who heads down that career path is successful. The better the person's understanding of the life of a real estate agent, though, the easier it is for them to decide if it's the right career path for their needs.

Do You Have to Go to College to Be a Real Estate Agent?

How to Get Into Real Estate